Gain an understanding of the structure of our organisation and learn how different parts of our university work together towards common goals. Professor Quester is an active and respected researcher in the areas of consumer behaviour and marketing communications. Her qualifications include a Bachelor of Business Administration from her native France, a Master of Arts (Marketing) from Ohio State University in the United States and a PhD from Massey University in New Zealand.

In 2012, Professor Quester was awarded the Chevalier de l’Ordre National du Mérite (National Order of Merit), one of France’s highest honours, in recognition of her contribution to higher education in both France and Australia. In 2009, she was elected Distinguished Fellow of the Australia and New Zealand Marketing Academy. In 2007, she also received France’s highest academic recognition by becoming Professeur des Universités. 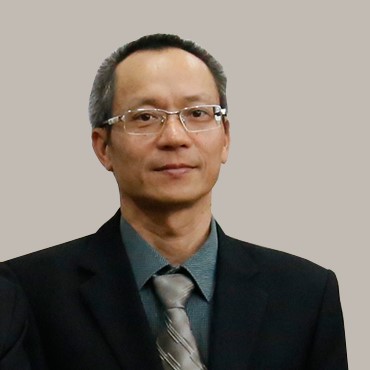 He joined the software at FPT in 1991 and participated in establishing and operating the FPT-Aptech International Programmer Training System in 1999. He is the Vice President of FPT University from 2006 to 2014. From 2014 up to now, he is appointed to be FPT Deputy General Director and Head of FPT Training Staff. On December 2, 2016, Dr. Nguyen Khac Thanh was approved to be Rector of FPT University at the request of FPT’s Board of Management and FPT University. Dr Nguyen Khac Thanh was a former student of mathematics at Hanoi University, graduated from university and received a doctorate in Mathematics in 1990 at Lomonoxop University (Russia). Douglas Proctor is currently the Pro Vice-Chancellor, Global Engagement at Swinburne University of Technology. With over twenty years experience in international education across the higher education, vocational and ELICOS/ELT sectors, he has a clear understanding of the international challenges facing global institutions. He has worked in universities in France, New Caledonia, Australia and Ireland, in both academic and professional staff contexts.

Douglas is a Senior Fellow of the International Education Association of Australia (IEAA) and holds a PhD in international higher education from the University of Melbourne, where his doctoral research investigated the ways in which internationalization has influenced the international dimensions of academic work in Australia. Dr Hoang Viet Ha graduated PhD in Management from Macquarie Graduate School of Management (MGSM), Sydney, Australia. He joined Baoviet Insurance Group as Chief Operations Officer (2000-2014) and then have worked for FPT Group since 2014 as Chief Operations Officer (2014-2017). Since 2017, he has joined FPT Education as Vice President (International) and fully operated as Chief Executive of Swinburne Vietnam. The research interest of Dr Hoang is on Management and Operation; he also works as an industry mentor for students and executives. Dr Hoang has significant experiences from both academia and industry. Dr. Marisha McAuliffe is the Director of StudentHQ, Swinburne Vietnam. Before joining Swinburne Vietnam, she was the Academic Director of NSHM Higher EducationWest Bengal, India; Dean and Director of Strategic Planning and Communication of The Royal School of Design, India; and Dean and Vice President of the Academic and Board of Directors of the National Institute of Business and Technology, Brisbane, Australia. She holds a Ph.D. from the Queensland University of Technology, Australia, and a Master’s degree in Education from the University of Melbourne, Australia.