Vi Le Peterson: “Changemaking means making an impact beyond your intermediate self”

“If you want to be a changemaker, start small, and then build it up. Learn by your experience.” former diplomat and Australian Senior Commissioner to Vietnam, Vi Le Peterson, shared during the virtual event: “Changemakers and Making Changes: 2021 and Beyond” on September 29, 2021. This was the first event in The Changemakers Series 2021 – one of Swinburne Vietnam’s initiatives to inspire and connect students and the community with world’s leaders, thinkers, and changemakers. The event was conducted virtually by Dr. Marisha McAuliffe, Director of Student Services at Swinburne Vietnam.

Who is a changemaker?

Dr. Marisha: Thank you so much for being with us today. So, what does a changemaker look like to you?

Vi Peterson: To me, changemaking is about making an impact. It’s about looking at a problem within your community, your country, the world and saying, “I might be able to do something about it.” And then having the courage and the conviction to say “Okay, I’ll stop and then continue and persevere.” There will be fallbacks and obstacles. But if you really believe in it, and you have the courage of your conviction, then you will succeed.

“Start small and then build it up”

Dr. Marisha: We know that you are the co-founder of The Alliance for Safe Children, a nonprofit organization dedicated to raising awareness about child injury prevention in developing countries since 2002. What was your driving force when you started out?

Vi Peterson: The start of this was when my husband and I were still working in Vietnam in the late 90s. On our visiting trips to hospitals, we were just astounded by the number of patients from preventable accidents, such as false road accidents, electrocution burns while hospital beds should be devoted to more important health issues. So, we started thinking, “we have to do something about this.”

As we were both diplomats, our first step was to mobilize the diplomatic community and then the development community, such as UNICEF, to start a campaign called “Safe Vietnam.” And when we left Vietnam at the end of our tenure, we started thinking that this situation was not just Vietnam. It’s got to be in other developing countries as well.

At that time, in the developing world, neither the government nor the public, or even the international public health community like UNICEF or WHO was focusing on safety awareness. And we think to ourselves, “if you want to be a changemaker, start small, and then build it up.” So, we choose to focus on child injury because we thought it would be better to teach someone from a young age to create a generational impact. And that was the vision of The Alliance for Safe Children.

Believe in your cause and have courage

Dr. Marisha: How did you persuade others to join you in this cause?

Vi Peterson: When we started this project, we said to ourselves: “Look, who are we?” I’m a former banker and trade diplomat. My husband was an ex-fighter pilot, Congressman, and Ambassador. What do we know about public health? But this is an orphan issue, and we just have to do it. One of the results for TACS’s efforts was advocating for the now-mandatory helmet law in Vietnam (Photo: FIA)

At the beginning, there were no statistics about child injury, so with the fund we had, we started small projects to prove that child injury prevention was a huge problem in the developing world. Our research showed that child injury killed more children in Asia than all infectious diseases combined. From there, we received more funding, cooperation from UNICEF and the government in eight countries.

All of this amounted to my biggest pride: On April 28, 2021, the United Nations General Assembly adopted a historic, first-ever united resolution on global drowning prevention, which is one of the biggest killers among all of child injury causes.

“You don’t have to be too ambitious”

Dr. Marisha: Young people sometimes think that they’re too young and inexperienced to have their voices heard, let alone be changemakers. They believe that they need to wait until they become rich or successful, or require money to start making change. Do you think this view is correct?

Vi Peterson: Absolutely not, you can make a change that can be small or big, or whatever. You can influence members of your immediate family and then members of your community.  Starting small is actually better. And starting young is even better. Because then it enables your mindset to adapt and learn from the experience.

I would say to young kids, ‘Just look around you.’ And if you see something that you say, ‘Hey, that should be done differently.’ Think about it, and then start talking to people. Talking to people is a learning experience because people have different views on different things. If you really believe that you can make a change, then you can influence that person by talking to them, then by learning and researching. Bring your own cause, and then work it out through that way.

Change doesn’t always relate to an economic result. To me, change making is more about changing the world, your community, your society for the better. It can be as little as you see kids bullying each other and trying to change that. Don’t think about it in terms of money. You can make a change immediately within your family.

Dr. Marisha: What is the impact of education on a changemaker’s mindset?

Vi Peterson: I would say that education is the most important. Education is everything because it enables you. It gives the skills to understand and issue and then be able to research and work on it.

One of the reasons why I am so much in support of Swinburne Vietnam is that Vietnam is one of the countries that truly value education. Education opens up your mind. For those of you who are lucky enough to receive an education, you need to make the most of it, and then hopefully, through education, you’ll be able to help as well as influence others.

Dr. Marisha: At Swinburne Vietnam, we try to prepare students with global citizen’s skill sets, such as critical thinking and leadership. You also mention changemaking as “courage and belief”; how do we inspire our students to become changemakers and global citizens?

I would say to students, have an open mind to look at things. But don’t just see it in black and white because there are always shades of grey, and then try to probe into that. Then, have the courage to say, ‘Well, I know a little bit about that, and maybe I can help.’

Be flexible and adaptable along the way

“All of you can be changemakers”

Dr. Marisha: That brings us to the final question: Are there any core changemaker skills that you think a student should master?

Vi Peterson: I think adaptability and flexibility because the world is constantly changing. Whatever you set out to do, you’re going to encounter changes. Do not have an inflexible idea of how you do things. You might have a strategy at the beginning. But along the way, there’ll be stumbling blocks, and then you need to pivot. So, you may have to slightly move as you go.

Dr. Marisha: Thank you for your inspiring and insightful sharing. Is there anything else you want to say to our students and participants?

Vi Peterson: Thank you very much to Swinburne Vietnam for having me as your first guest in The Changemakers Series. Thank you to all the participants. I do hope that I have been able to give some insight. It’s only my personal experience, and it’s not anything fantastic. But as I said, the key is that you pick a cause and you just go with it. You don’t have to be too ambitious. All of you can be changemakers.

I wish you all the best. Thank you. 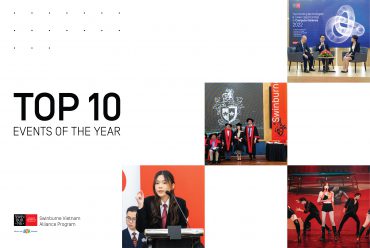 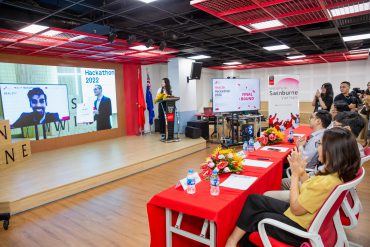 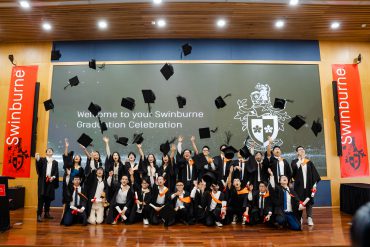 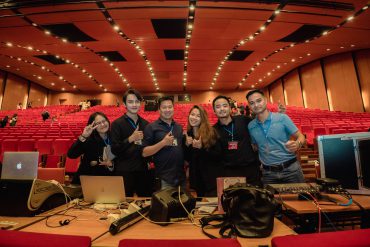